When was the first time, you came across any song that belonged to a genre of Indian music?

Was it an old film song? A keertan that your mother or grandmother sang at home?

Have you seen someone practicing Indian classical music and wondered why do they begin their practice with the musical notes?

Every day, music students begin their singing practice with singing one syllable at a time, and as a layman, it would be tough to identify what these are.

These notes, that sound like syllables individually are collectively termed as Swaras. They are the most fundamental part of Indian music.

You may ask as to why these are important to know right in the beginning, but these are subtly, the integral parts of Indian music.

Together they form Sargam - A tune or a rhythm consisting of swaras arranged in a specific format.

Just like how we have alphabets for languages, we have swaras for music.

It is also important to remember that every Swara is positioned according to its pitch. 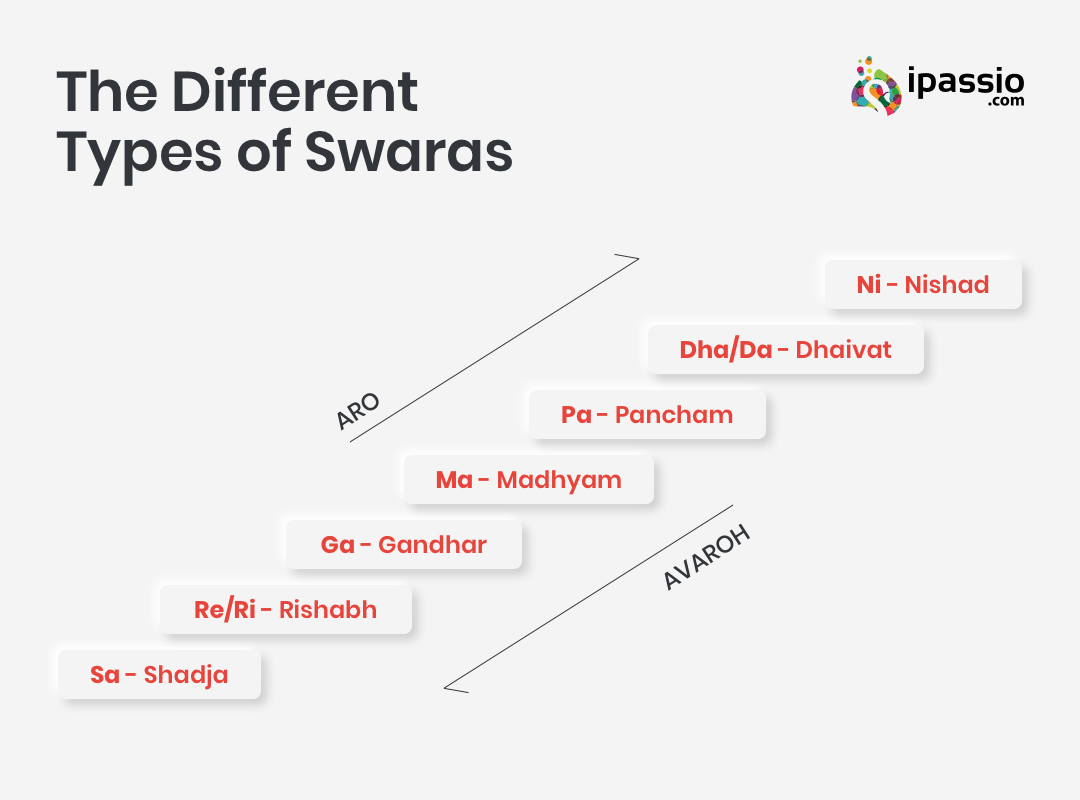 However, these Swaras are usually sung in their acronym form. Their full forms are as follow:

Those were the seven musical notes in Indian music, explained in great detail, and if you wish to learn more, explore ipassio’s Online Singing Courses that are available for both, Hindustani Classical Music, as well as Carnatic Music. Sign up for our lessons that are taught OnliVe (Online + Live), exclusively, on a 1-on-1 basis. Click here to know more.