This is a live online course taught on

This course for beginners (part 1) by Apurba Mukherjee is an introduction to the Tabla, one of the most well-known and popular percussion instruments in Hindustani classical music. Not only in Hindustani Music, but Tabla is also being used in Film Music, Folk Music, Experimental Music, Jazz Music, and in some other styles too. Students will learn some part practices, which will help them to exercise all the fingers in proper articulation, so after when they will be taught the compositions then that will be easier for them to cope up with.

If none of the above timings work for you, just sign up for a free meeting and we'll work out the timings. Apurba has demonstrated different Tala for a CD-ROM, "Antara", which is about the introductions of Indian Classical Music. Maestros like Ustad Amjad Ali Khan, Pandit Brij Narayan and Smt. Shruti Sadolikar has also performed on this CD-ROM. Collaborations- Apurba composed and collaborated with great musicians for different projects, like with Jamshid Chemirani, Bijan, and Keyvan Chemirani, withPrem Joshua, with Erik Truffaz Quartet, with Erik Truffaz and Malcolm Braff for Indian Project ( BENARES- Cd from EMI-Blue Note), to name a few. Apurba’s style depicts wonderful filigree of thought, imagination, taalim, and riyaaz.

This course is an introduction to the Tabla, one of the most well-known and popular percussion instruments in Hindustani classical music. In this course Student's will be introduce with this beautiful instrument, how to sit with it, different parts of the Tabla and the hand position. They will learn the Notation system, which is the foundation of Tabla playing. They will also learn basic strokes, Syllables, and Teen Taal. They will also learn how to recite. This all will make them understand the instrument and start playing it with proper finger articulations.

Students enrolling for this course on ipassio can be sure that they receive individual attention from the teacher, as the class strength is limited to 2. It also gives teachers the opportunity, to gauge their student's progress in-depth and make changes whenever and wherever required, to ensure the student gets the maximum out of this course. Since this course is detailed, students get the advantage of learning intricate details about this art form. The limited strength of the class also ensures that there is a strong bond between the students and their teacher clearing out any inhibitions that the student might have. The sustained guidance available from the teacher ensures that the student does not deviate from set goals or targets. Learning from a revered, experienced exponent of this art form, through the long duration of this course, keeps the student inspired and motivated to achieve more.

This is an introduction course, so it's not necessary that students will have any knowledge about Tabla, they will learn everything from the beginning. It will be nice if they have the interest to know and learn this instrument. Students must have a pair of Tabla, a fresh notebook & pen, a good internet connection from their mobile phone or laptop, and the Google meet app. They have to sit on the floor (on a carpet or tissue), and the student with the Tabla set should be visible to the Teacher. 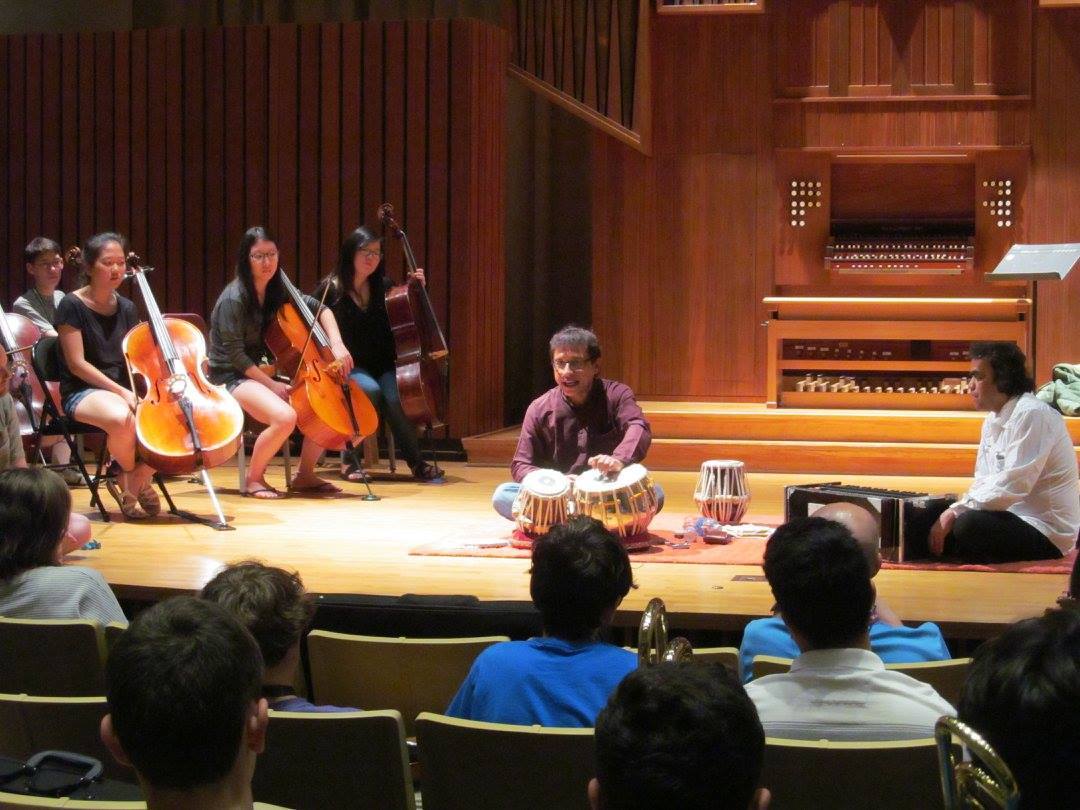 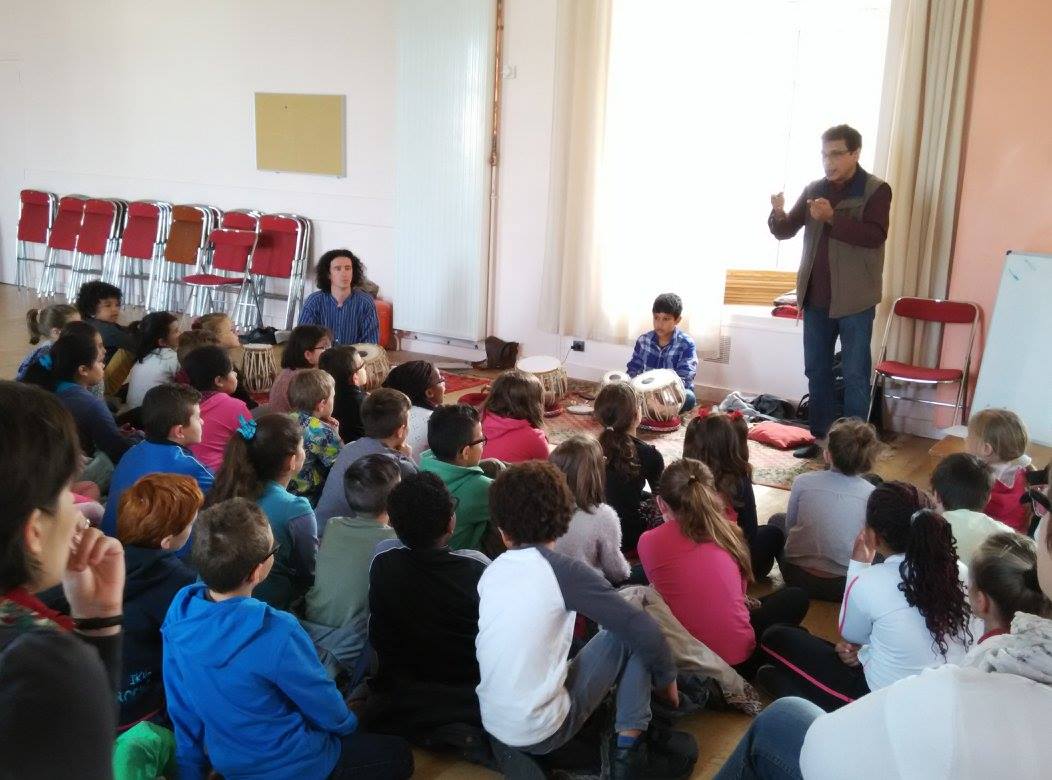 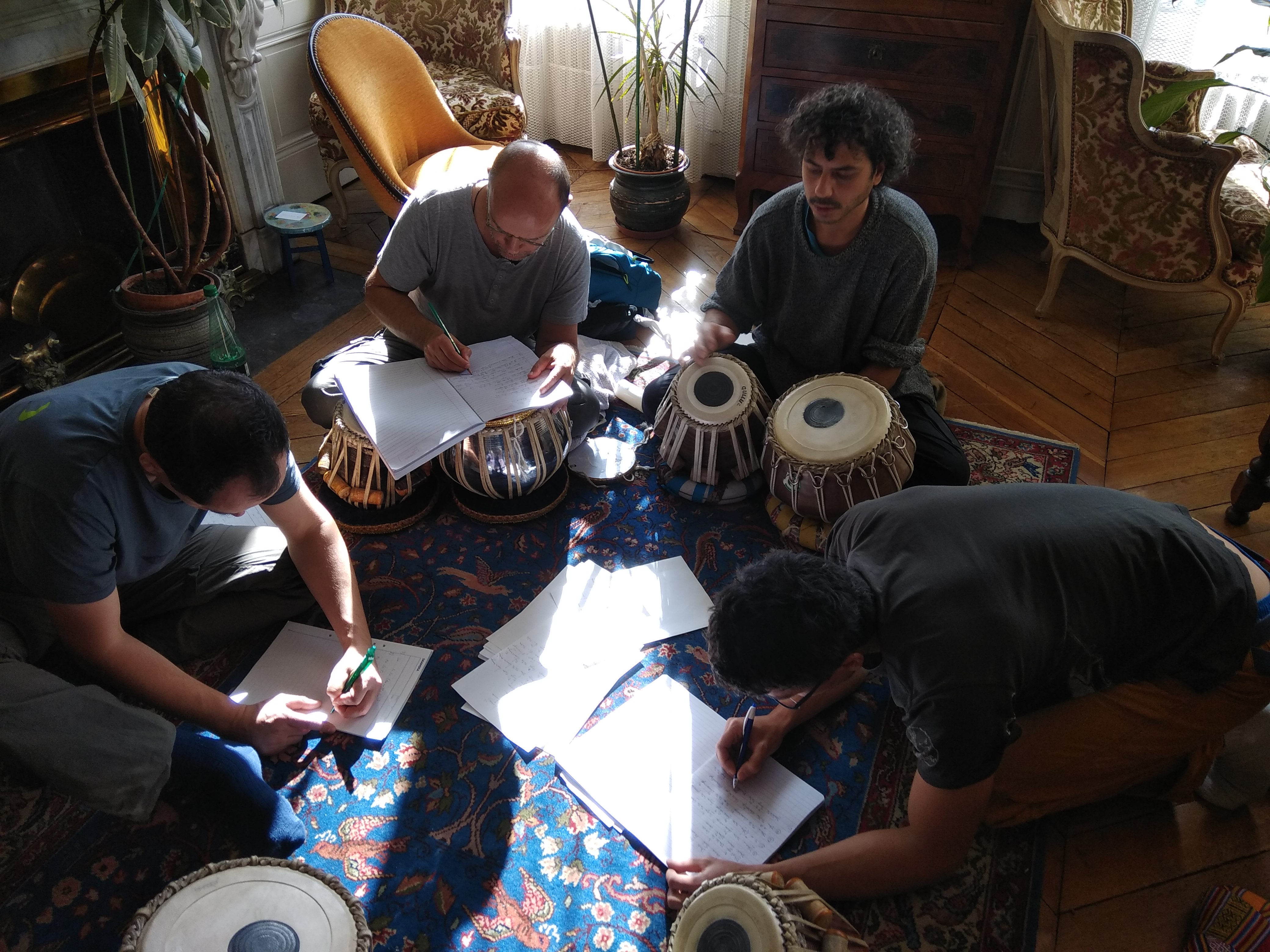 Can students get proper sound from the beginning?

It depends on each students. For the beginners, someone get the sound naturally and for someone it takes few lessons, but if the student properly follow the course then he will produce proper sound after some lessons.

How long time needed to play properly for the beginners?

This is same like the proper sound. It depends on the personal ability. This course is designed very scientifically and systematically. So if they follow and practice properly then they will play with a standard around the end of this course.

How long students need to practice?

It will be nice if they could practice at least 30 minutes everyday, after few lessons when they will feel good then they can increase the time also.

What guidance should be taken by the guardians for the young students?

Guardians should check that the Student is practicing regularly but they should not scold them. They will check if the student is reciting the correct syllables which is written in the exercise given during the lesson. In the beginning they just need to follow the lessons and the instructions given by the teacher.

What is the minimum age to join this course?

It's open. If the student is interested and talented, if someone have natural scenes of music and rhythm then they can start from any age, even from 5 years.